If you claim you don’t know Steve Onu you might be reluctantly pardoned but if you do not know Yaw of Wazobia FM, Funke Akindele or Jenifa, irrespective of where you reside within Nigeria, then your Citizenship of Nigeria should be queried, questioned and investigated. Actually you may not be able to identify them from a crowd but the face must definitely strike you if you are privileged to come across them one on one or you come across their sweet faces on a bill board or on the internet, just the same way their names are bound to ring a bell, when you come across them if you are truly Nigerian.
In other words, regardless of your position on the social ladder, you must have come across these two sweet personalities in one way or the other, because over the years they have been able to penetrate the heart and mind of the rich and the poor, the young and the old, the simple and the sophisticated, the “razz” and the “tush”. 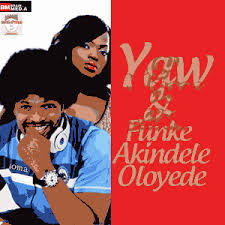 God so good these wonderful creatures are not frustrated creatures, you ask me how? It is a known fact that fame without fortune equals frustration, but Funke and yaw can boast of good fortune, even though I’ve never seen their account balance, but “res ipsa loquitur”, that is to say the fact speaks for itself, in pidgin we say “dem no dey tell blind man say rain dey fall”. Their multiple endorsements can bear me witness on this, between these two juggernauts, series of endorsements can be listed; MTN, Globacom, Vita Foam, Jobberman, OMO, Qlichy, 1960 Bet, Lagos Inland Revenue Service and many more. 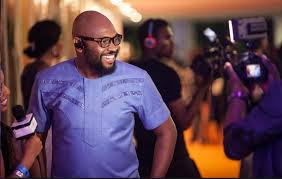 While endorsements could be an acknowledgment of their influence on the populace, several awards are equally on their cabinet to show how popular they are even in the industries where they belong. Yaw has won several awards as the On Air Personality of the year, such that between 2008 and this year, he has won over 7 major awards, some for multiple years consecutively. Yaw has been able to over the years distinguish himself and stand out amidst giants in the media, he has consistently managed to emerge tops in several awards where he was nominated alongside other great voices and personalities on radio, talking of radio idols like the Top Dog himself Dan Foster, Daddy Freeze, Olisa Adibua, Andre Blaze among others. 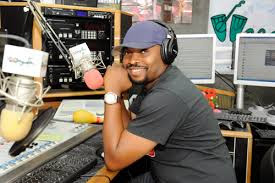 On the other hand Funke Akindele a.k.a. Jenifa has also been able to carve an enviable niche for herself and engrave her footprint on the sand of time by winning several awards both locally and internationally, even very recently she clinched another one, the ELOY Awards, she has been able to stand out of an industry full of shinning stars, all of them sexy, smart, beautiful, talented and blessed in their own right. In our present day Nollywood, one of the hardest things to do is to determine who the best is, but Funke has been able to consistently stand-out and earn a well deserved spot among the best of the bests. 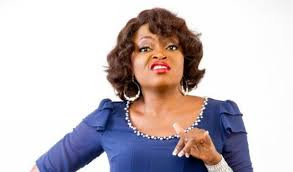 Be that as it may, it is very surprising and almost shocking that in showbiz, an industry where looks is a major determinant factor, Funke Akindele with all due respect can not be listed among the hottest, neither can she claim as a matter of fact that her acting skills is superior to that of her Nollywood contemporaries. So one cannot but wonder why all the endorsements and awards comes tumbling at her feet. Likewise Yaw of Wazobia, his voice, diction, panache and all, though unique, cannot rival some of the industry’s finest but yet he keeps getting endorsed and awarded as the best year in year out. By now I’m sure you are beginning to wonder what their magic is, but if you are a close follower of these 2 Magicians, you can easily place your hands on their talisman. 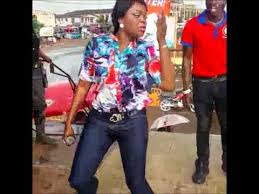 The open secret of Funke Akindele and Yaw of Wazobia is that “two of dem no well”. Their sense of humour is just out of this world, they can make your day any day, any time and that is why they are so dear to the heart of Nigerians. In these days of political krikum krankum and economic higi-haga, a Funke Akindele and a Yaw will always come in handy at all times. The people of Lagos wake up every day of the week with a smile to the sound of the bell of Yaw and his hilarious vibes and not too long ago he gave us another mouthful with his TV Comedy series, Yaws ’n’ Myn. Funke Akindeke on the other hand is always readily available for viewers delight in uncountable home videos, her Jenifa series still stands out till tomorrow, and she is constantly upping her game by diversifying into other aspects of entertainment like anchoring events and showing the world what a good dancer she is, her recent shoki dance video with her padi of life, Eniola Badmus (Gbogbo Bigs girl), is a living proof of how humour aids the discovery of other talents. That is why you can hardly see a Stand-up comedian or a funny person without another remarkable talent, if you have ever seen Ali Baba dancing khona or Julis Agwu dancing Makossa, you will have a better Idea of what I am talking about. Humour is the key, the talisman and the magic to stand-out and eventually become a standard, any time, any where and any day.
Written on the 12th of December, 2014
A.K. AFOUDA SAMUEL LLB (Hons), BL
If you like this, please share!